What would be the effect on the economy of abolishing the entire patent system?

During this patent absent era, Dutch economy did not do too well. At the start of this era, Holland was leading in wealth measured in gross domestic product per capita, when compared to its closest neighbors. During the patent absent era, Holland fell back to lagging in wealth. Only in the mid 1920ties, after a reinstated patent law in 1912, Holland grew back to a wealth similar to that of Belgium and Germany. 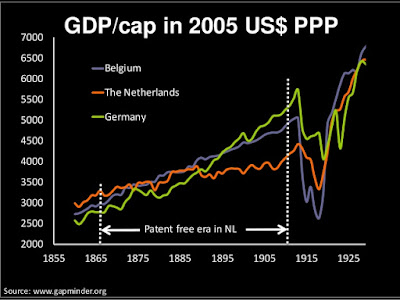